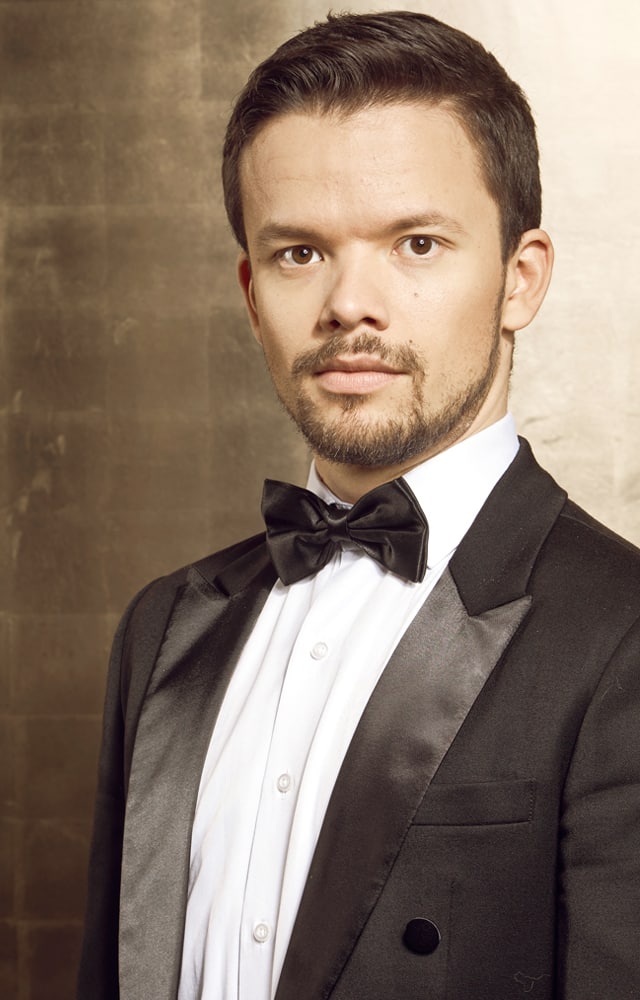 Rustem Monasypov, was born in Kazan,Russia into a musical family. At five years of age he began his violin studies. From 2008 until 2013 Rustem studied at Moscow P. I. Tchaikovsky Conservatory in the violin class of Prof. Vladimir Ivanov. During this time he participated in several competitions, festivals and concert programs such as the International Violin Competition Canetti, The Y. Yankelevich Fondation concert program, the laureate of International Festival of the Performing Arts «Bakhoriston», and the International Chamber Music Festival «Musica Mundi».
In 2013 Rustem moved to Switzerland to continue his education at the Zurich University of the Arts. In Switzerland he has participated in several competitions and festivals such as the Marguerite Meister Scholarship Award, the RAHN Music Competition, 2nd prize, the Kiwanis Competition, 1st prize, the Duttweiler-Hug Competition, 1st prize, Staefa Jazz Days and the Swiss Chamber Academy. Rustem is the concertmaster of the Giraud Ensemble Zurich as well as performs regularly with the Orchestra Musikkollegium Winterthur, Zurich Chamber Orchestra, Sinfonietta Zurich, Ensemble Cinéphonique and the Authentic Light Orchestra.