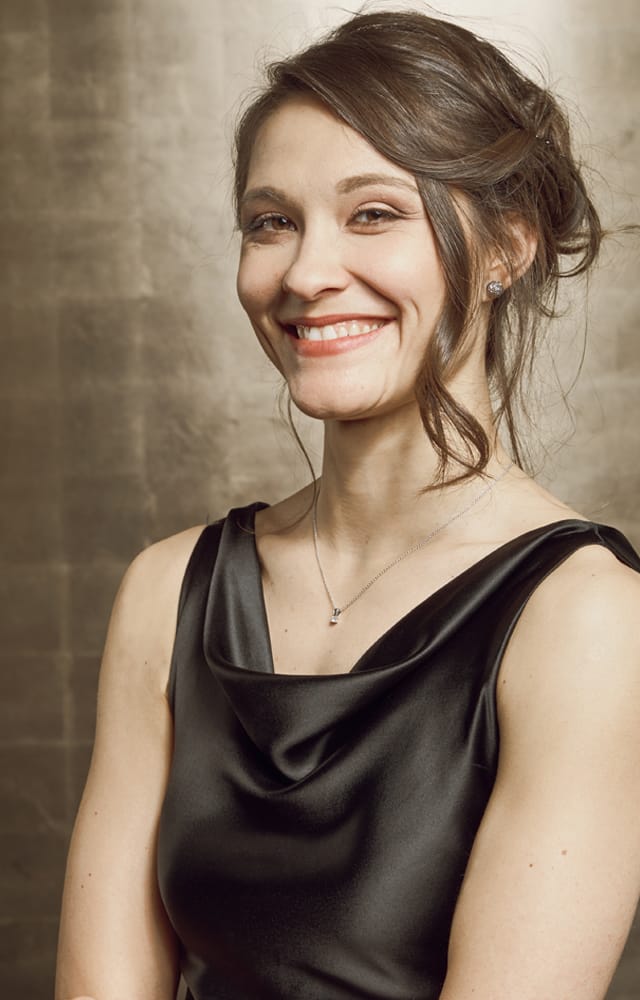 Rachel Stukalenko is the first violinist of the Esprit Quartett. She performs regularly with the Zürcher Kammerorchester – ZKO, Festival Strings Lucerne, the Argovia Philharmonic and the Luzerner Sinfonieorchester.
Born in Marseille, Rachel obtained her Diplôme d’Etudes Musicales from the Conservatoire Regional de Musique in Lyon, under Francis Duroy and Francois Payet-Labonne. She went on to hone her skills with Roland Daugareil before attending the Royal College of Music in London, where she earned a Master of Music in Advanced Performance under the guidance of Yuri Zhislin.
Rachel completed her musical training with Raphaël Oleg, earning a Master of Arts with Distinction in Specialized Music Performance from the Musikhochschule in Basel in 2012.
Parallel to her studies, Rachel was invited to play with the National Youth Orchestra of the Netherlands, Lorin Maazel’s Castleton Festival in Washington and the Lucerne Festival Academy.
She also gained valuable orchestral experience playing with the BBC Symphony Orchestra and London Symphony Orchestra, under such distinguished conductors as Bernard Haitink and Esa-Pekka Salonen.